I’d like to thank the Clay Cooper Theatre for sponsoring our attendance to the performance of Clay Cooper’s Country Express.  As always, all opinions are honest and my own.

When you think of Branson, Missouri, you may think of country music shows lining the 76 Strip, or the main highway through town.  That strip of highway is also known as Country Music Boulevard, and those shows make up Branson’s history.  Add the beautiful Ozark Mountains and attractions like Silver Dollar’s City, and you have the family destination of Branson.

Though historically those shows featured country music, nowadays the shows along the strip offer a diverse array of music and entertainment options.  Clay Cooper’s Country Express is a wonderful example of a show that does it all–music, dancing, and comedy.  And the music covers so many genres that there is truly something for everyone; your whole family will love it! 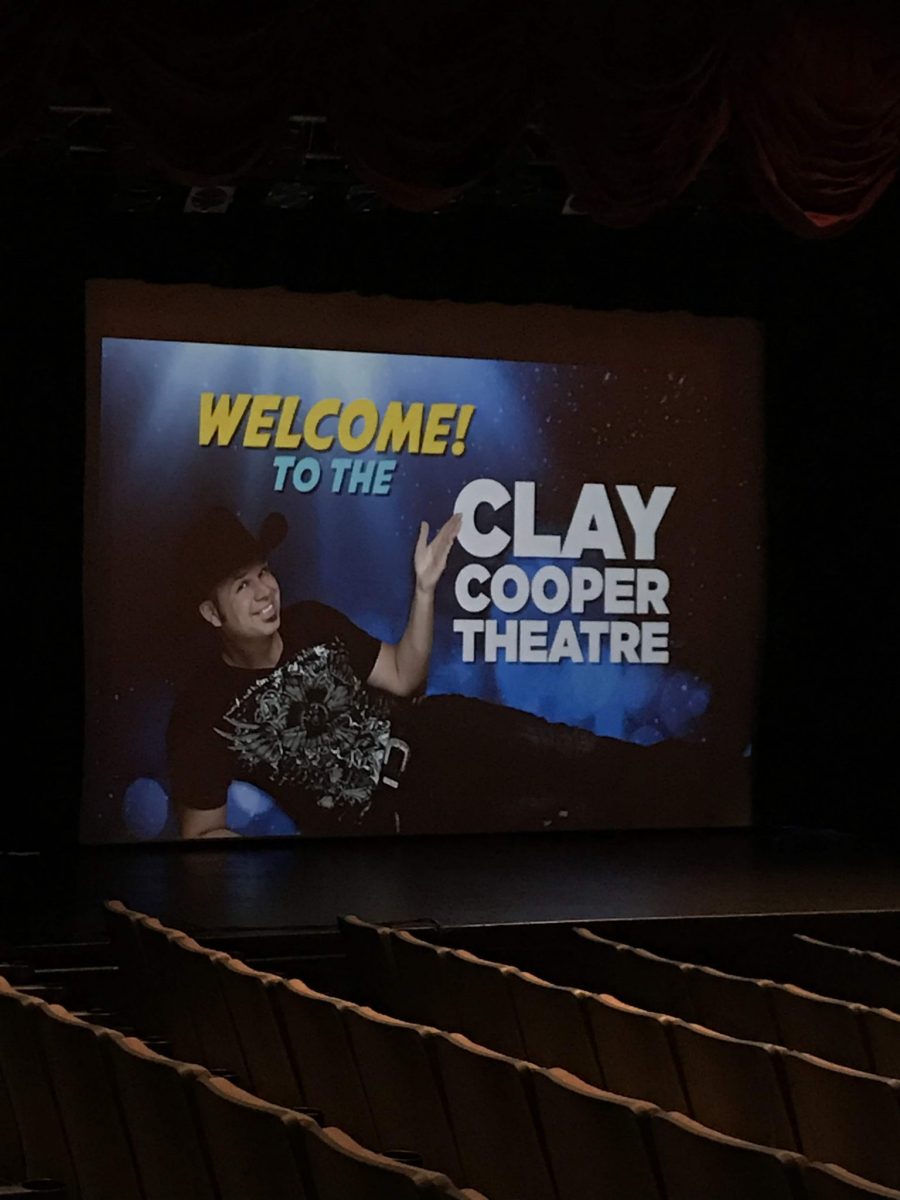 We arrived at about 6:30 p.m. for the 7:30 p.m. performance.  We wanted to have enough time to check everything out before the show started.  When you’re driving down the strip, you can’t miss the theatre.  It’s right across from the Titanic Museum which is in the shape of the ship. Just look for this sign. 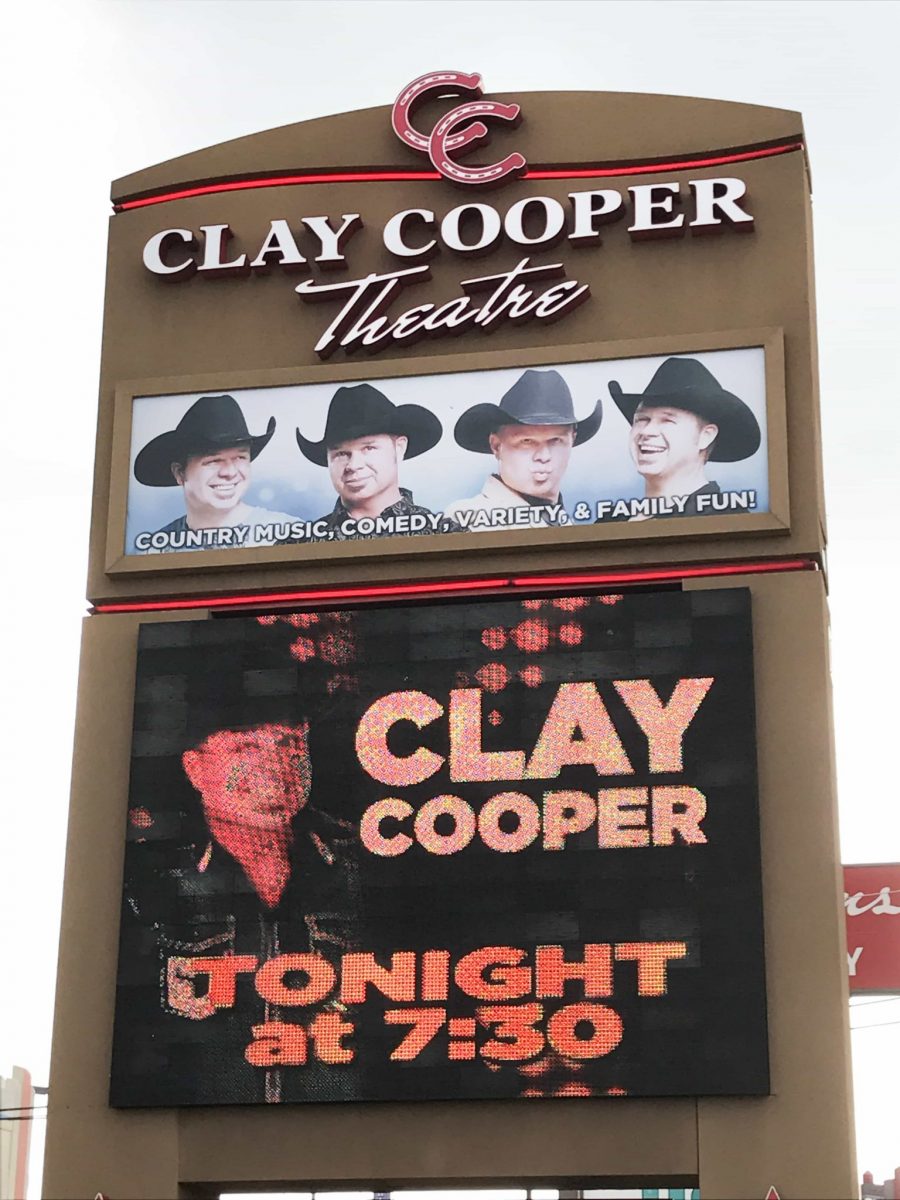 Here is the theatre. 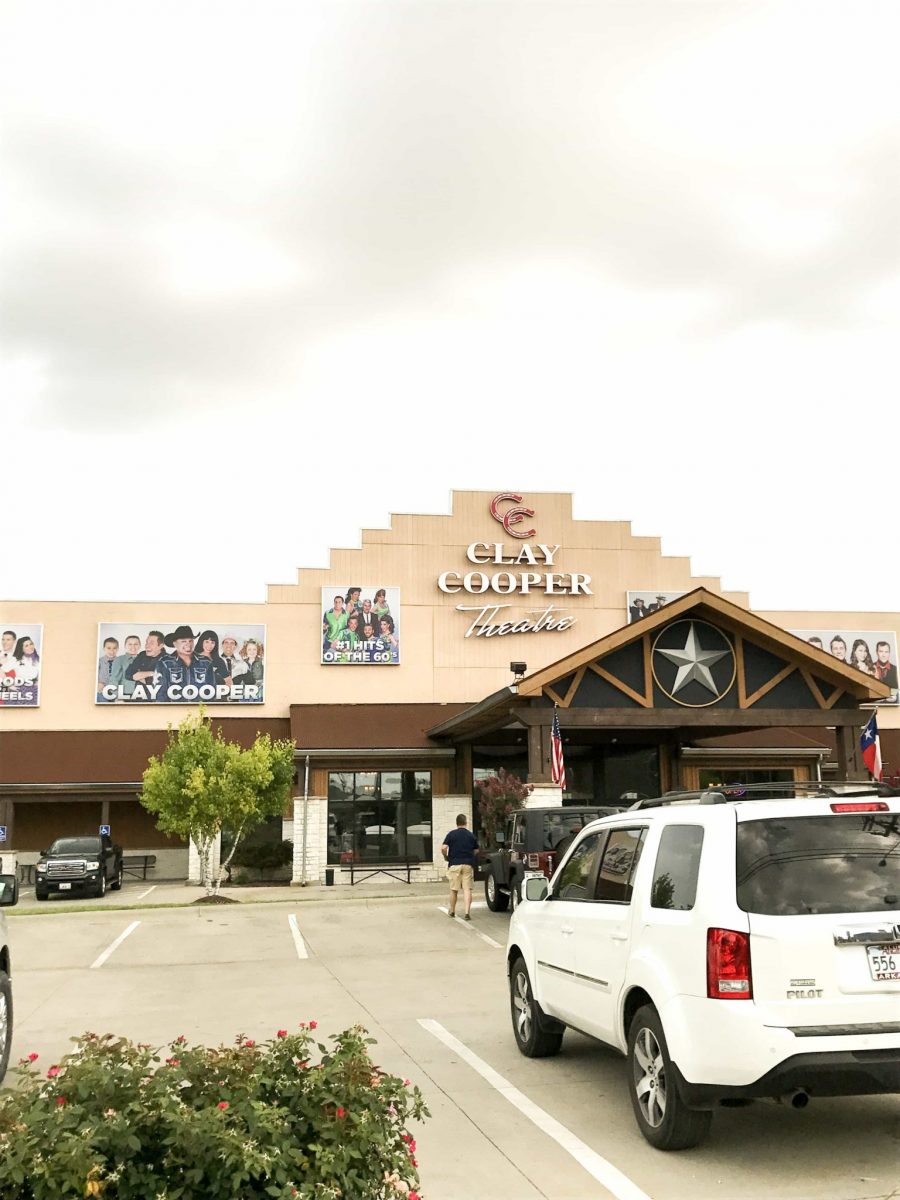 There are several shows at the Clay Cooper Theatre.  The Haygoods are also currently at this location, and this show alternates with Clay Cooper’s Country Express. Two shows alternate in the afternoon: Hot Rods and High Heels and #1 Hits of the 60s.  In November, the Christmas shows will start.  You could check out all of these shows and not see the same thing twice!

We went inside the theatre, and the first thing we wanted take care of was purchasing a magnet.  We do this everywhere we can, and our refrigerator is becoming quite the showcase of our adventures.  The gift shop has a variety of items, so you should definitely take a look before the show or during intermission. 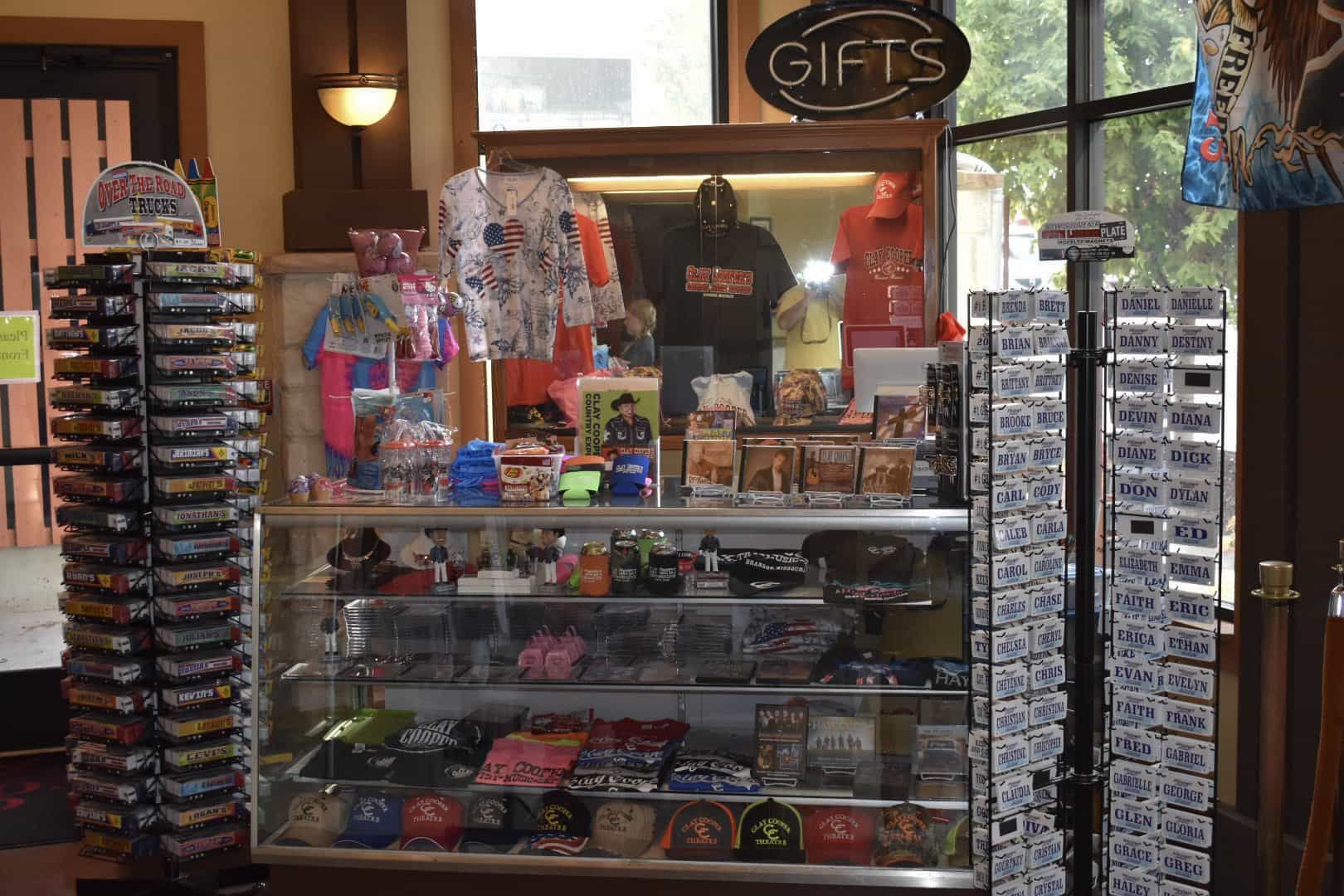 You can also get a great picture with Clay Cooper before the show even starts! 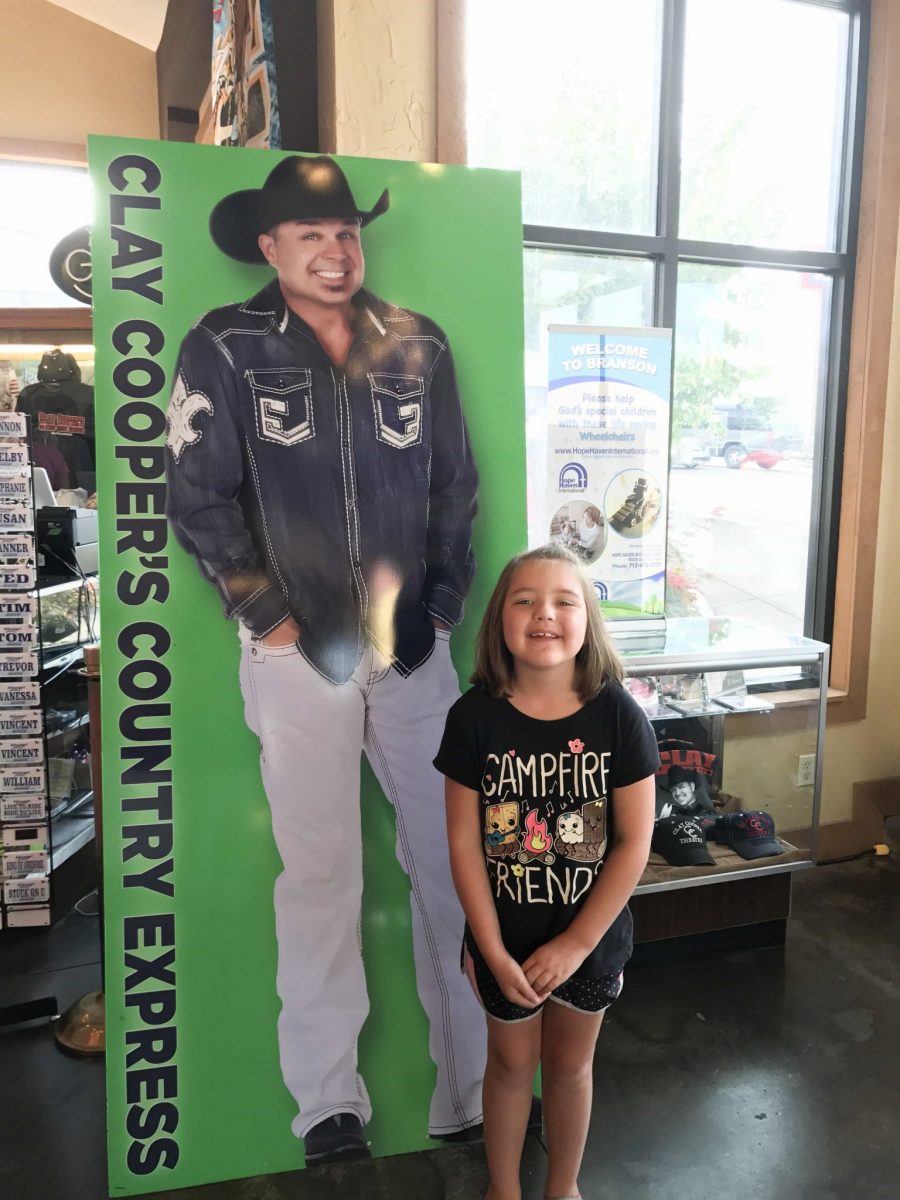 We also had to get some popcorn, so we hit up the concession stand. 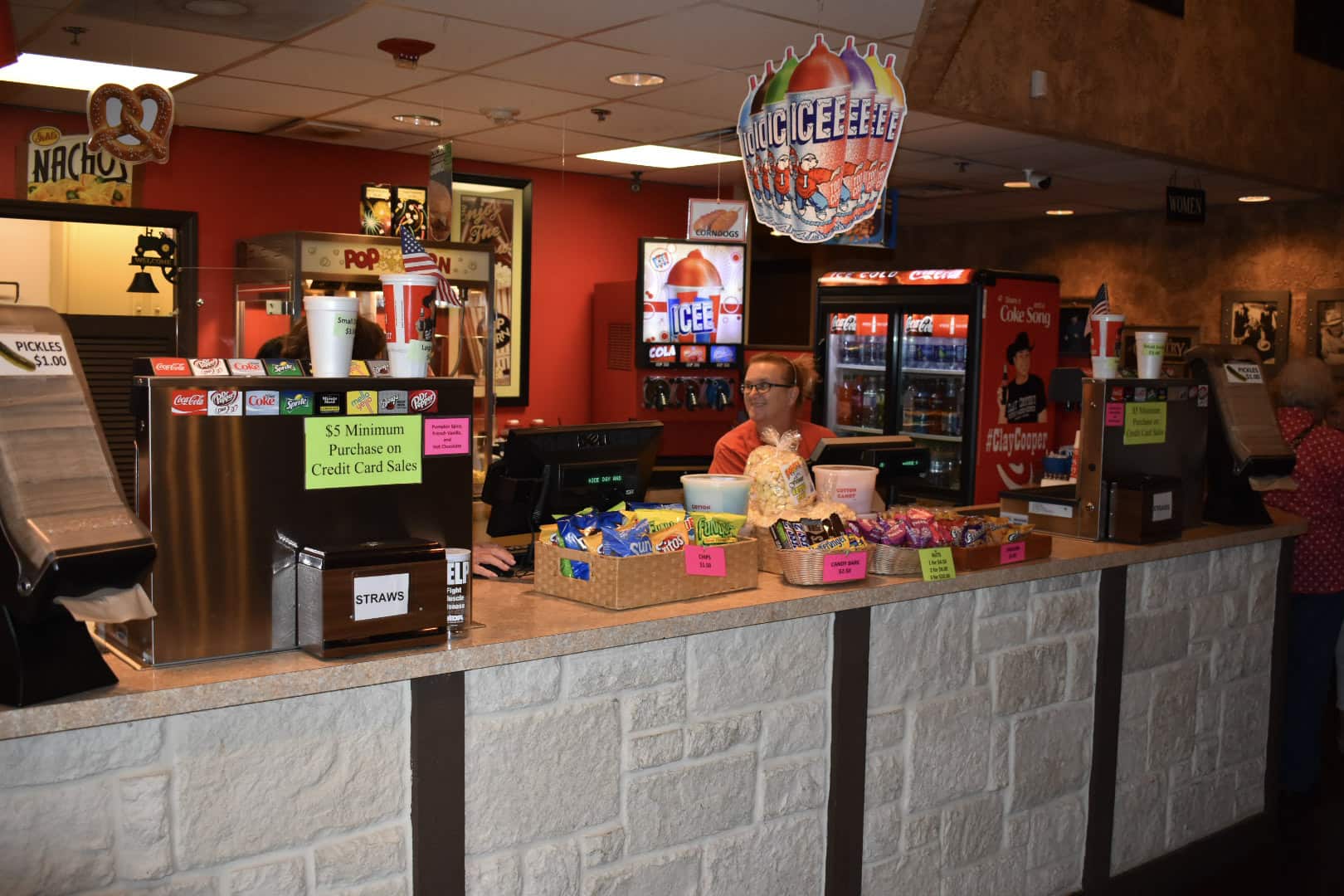 We found our seats, and waited for the show to begin.  At 7:15 p.m., there is a pre-show that uses audience participation.  It is a lot of fun.  Soon, it was time for the show! 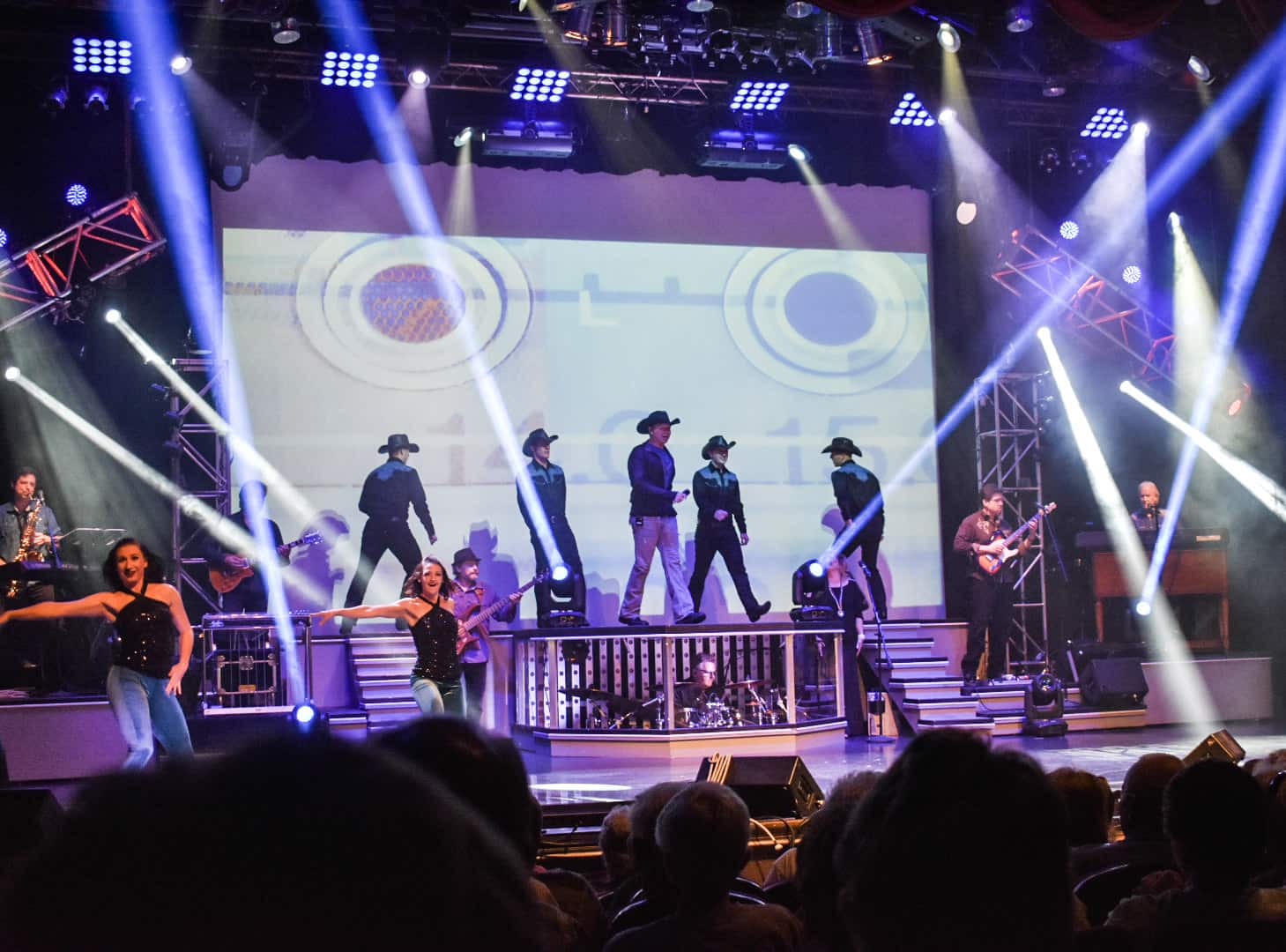 The show started, and and it was high-energy from the start.  The singing and music is live, and the dancers bring a party vibe to the show.  Before long, Clay Cooper was in the audience singing. 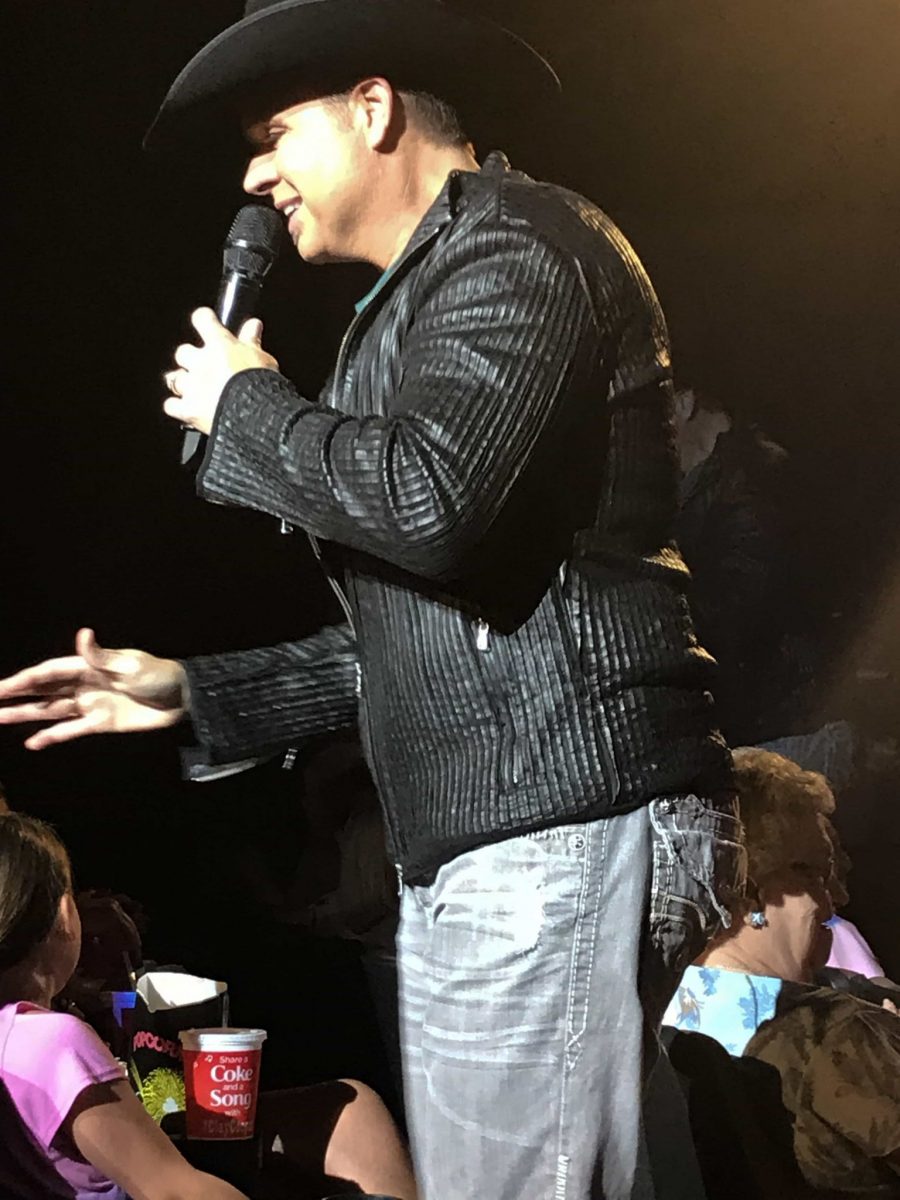 Clay Cooper is also really funny.  He has a natural humor, and his ad-libs were hilarious.  He spends time getting to know the audience and highlighting people’s celebrations, like birthdays and anniversaries. 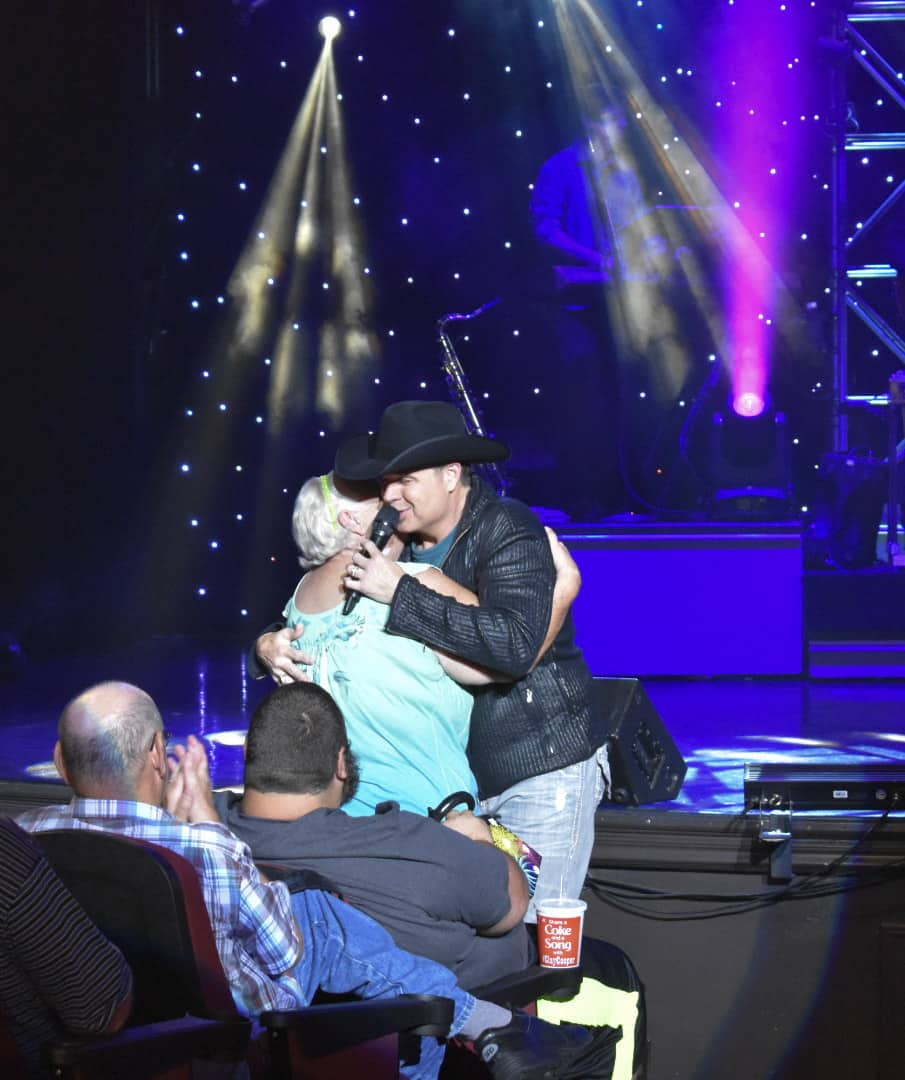 Clay Cooper’s whole family is involved in the show.  His wife is a dancer and choreographer, and his kids have moments in the show.  He also has longtime friends in the cast and band.  You really get a sense that these performers love what they do every night.

The show is really unpredictable.  You never know what will happen next! 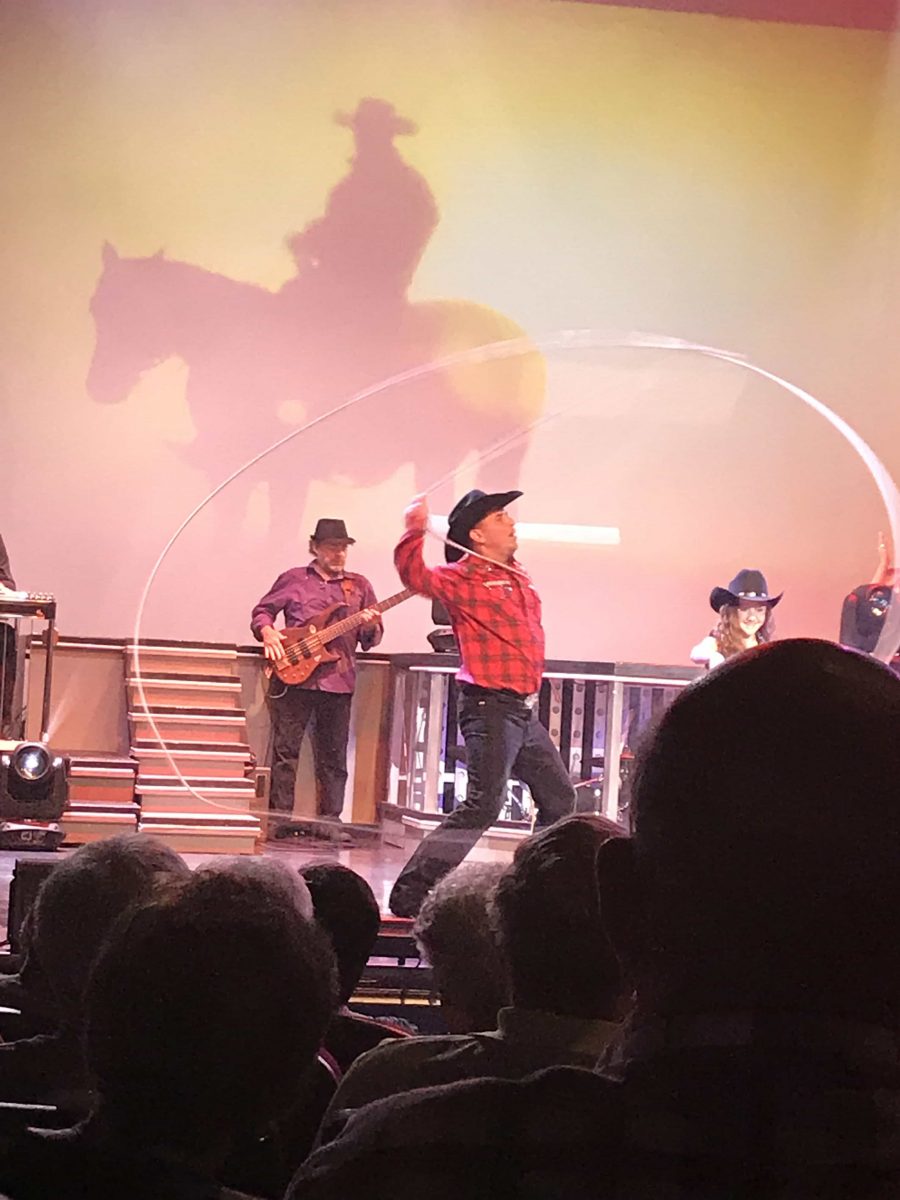 The cast includes performers of all ages. 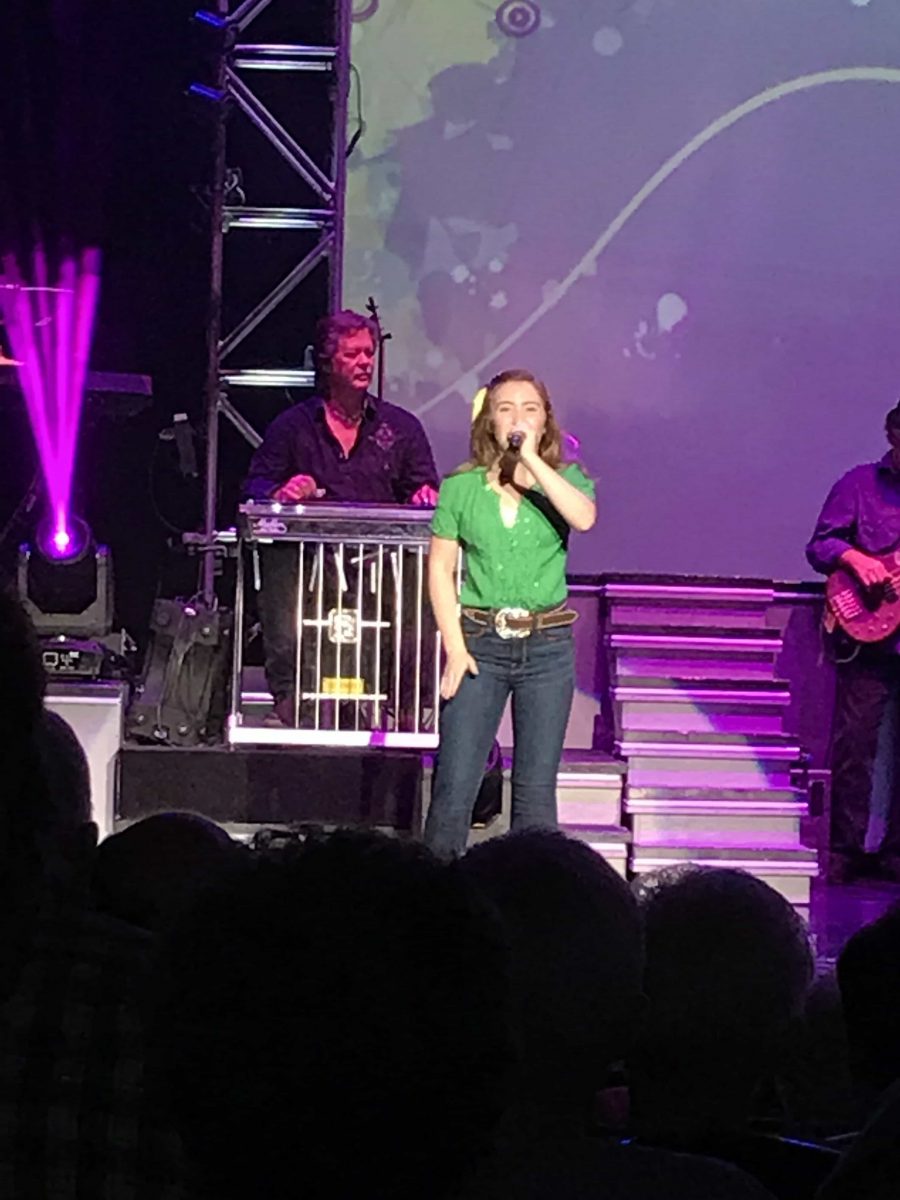 This show is perfect for families, as most shows in Branson are.  You don’t have to worry if something will be inappropriate for kids.  Kristin was fascinated with the show; it had her full attention the entire time. 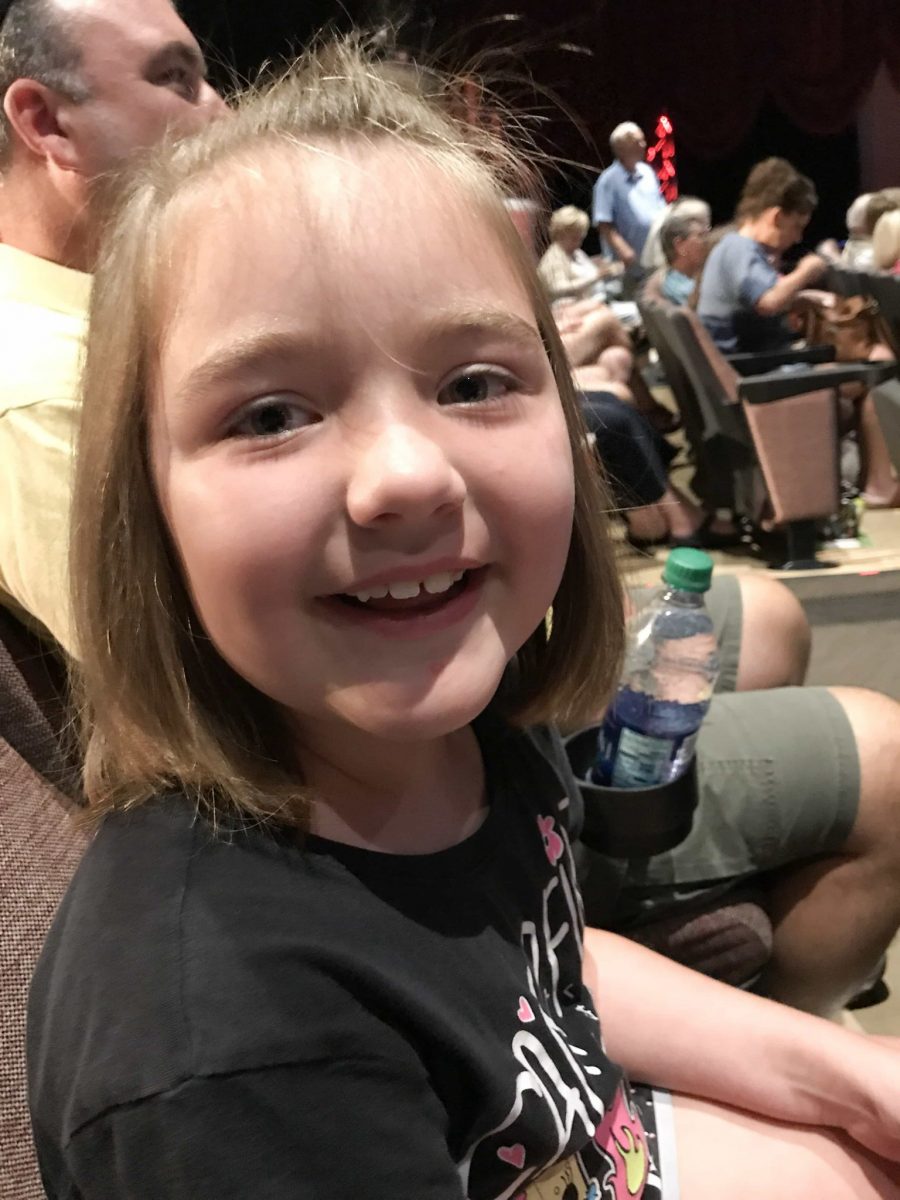 The humor was funny, and we all laughed out loud. 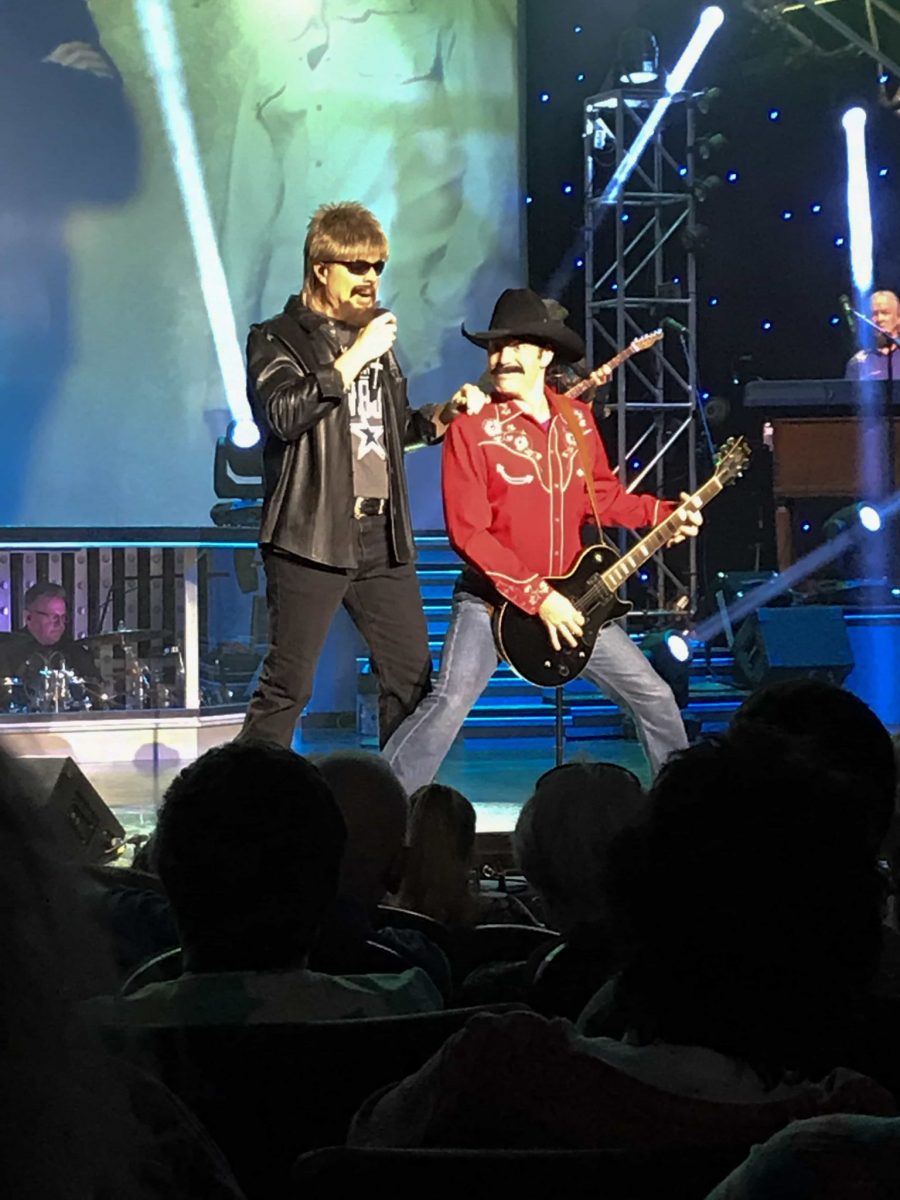 As we were laughing, we also took a walk down memory lane to see their renditions of performances of the past. 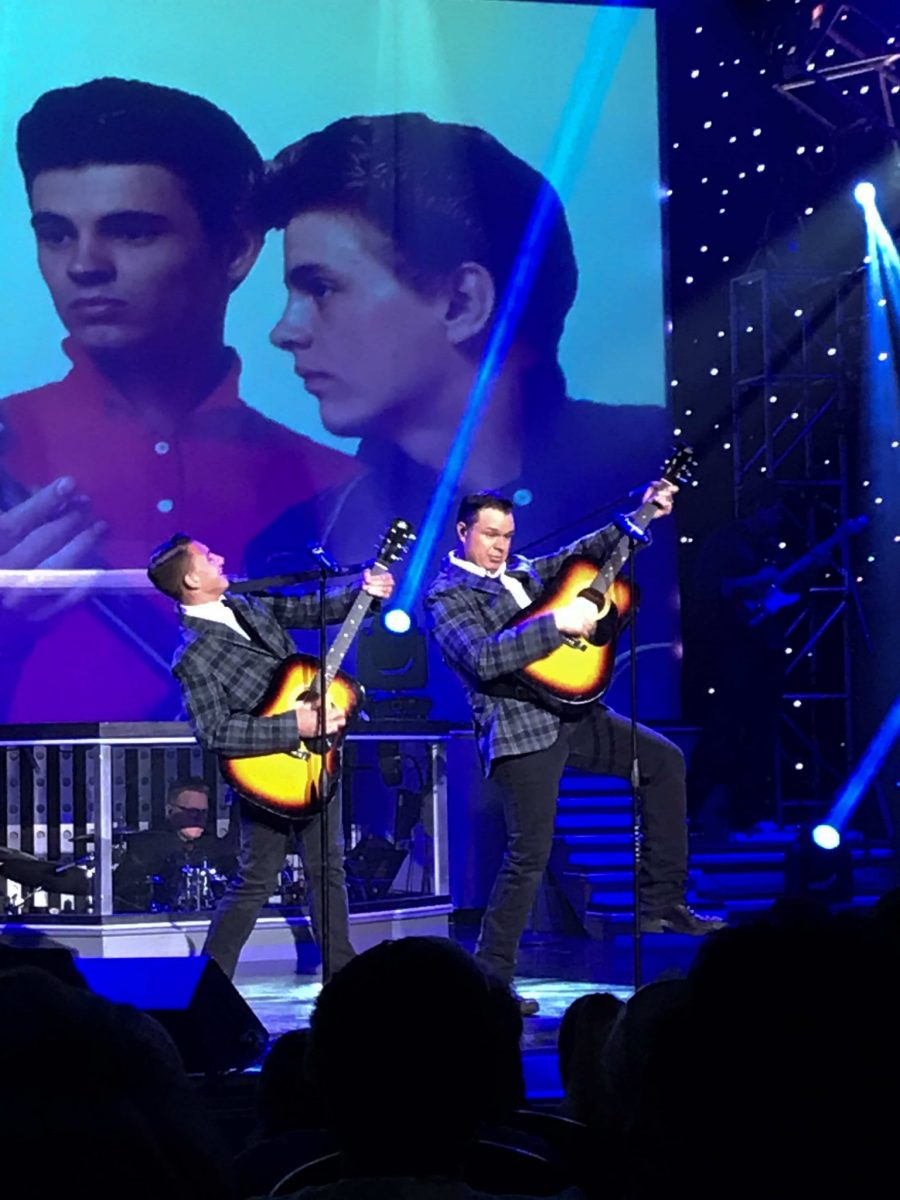 You never knew who would turn up next! 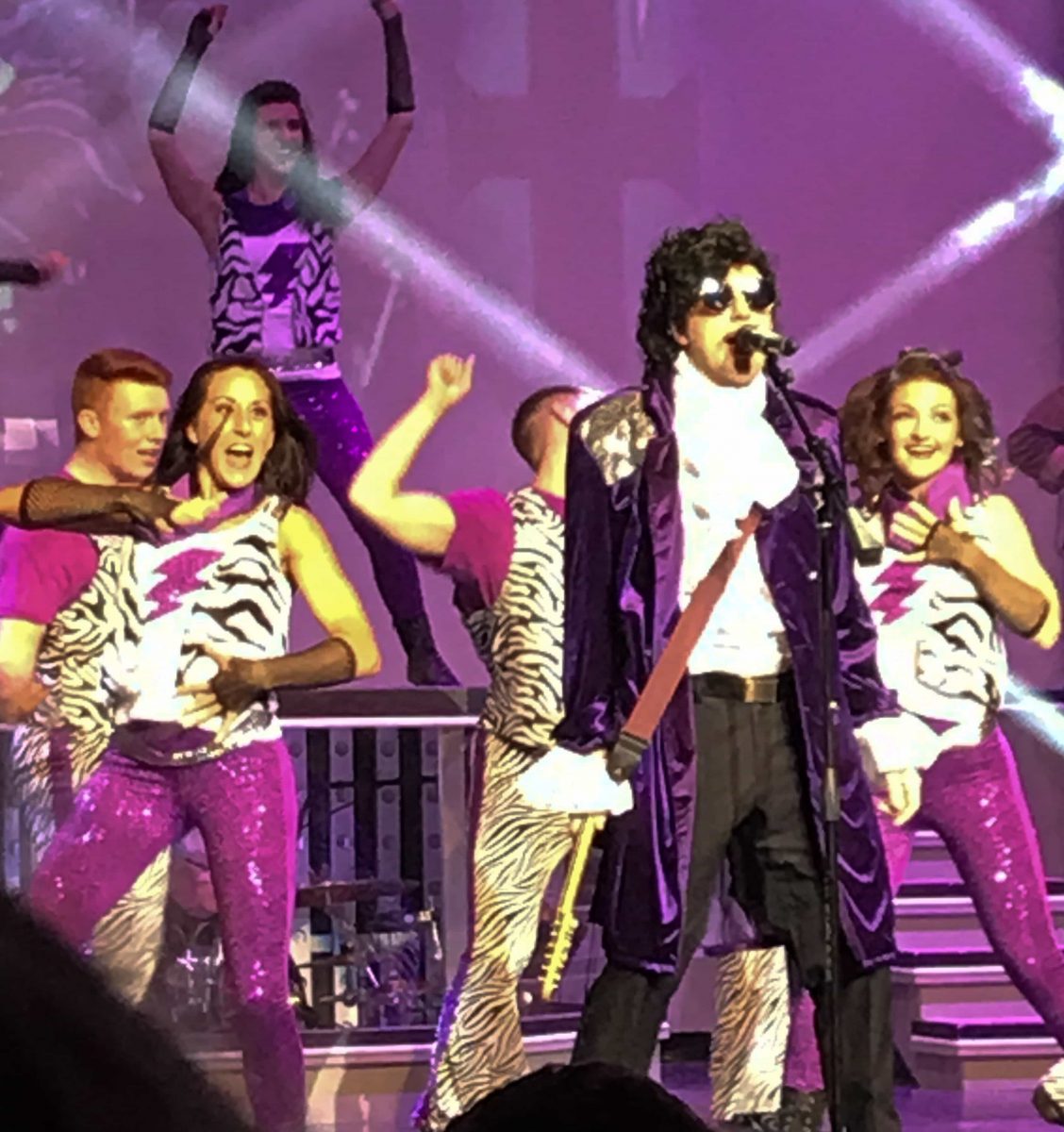 These performances were my favorite part! 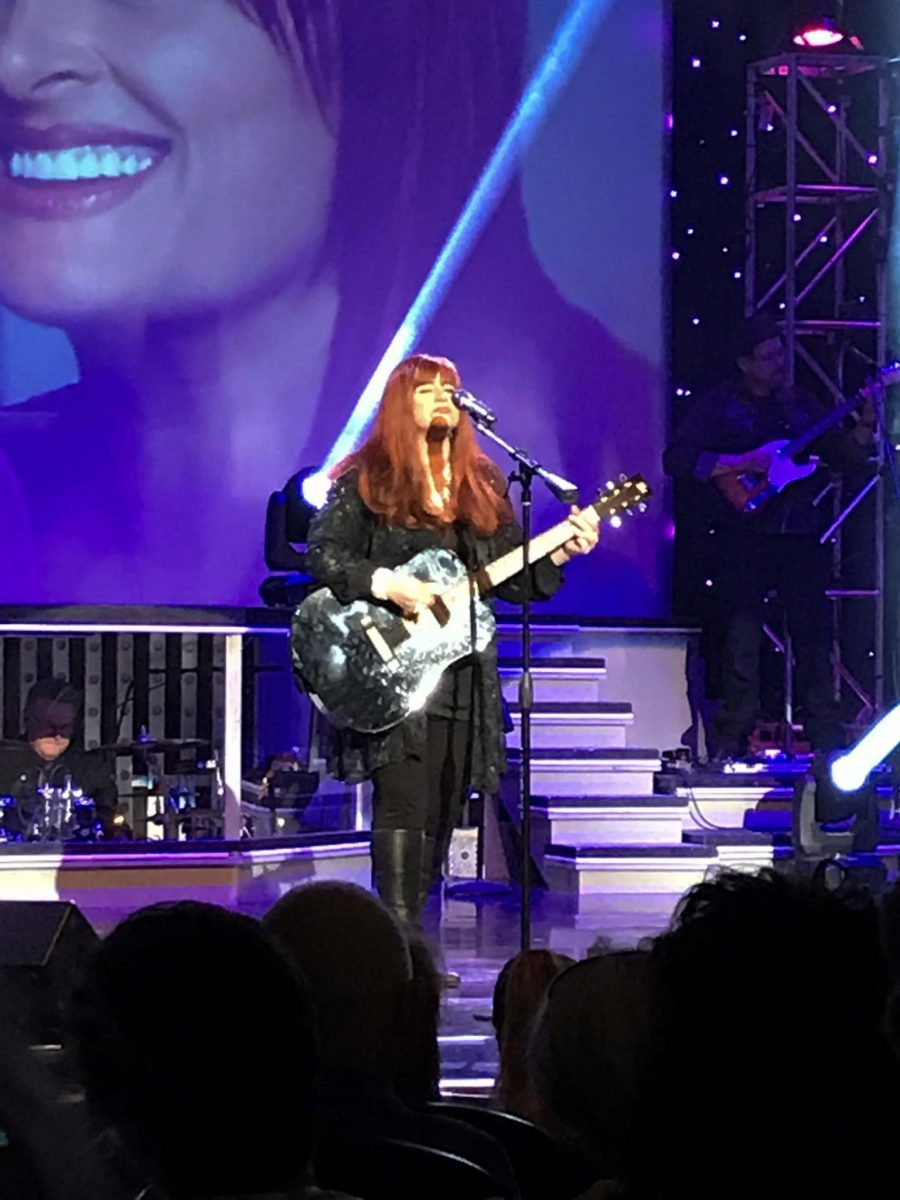 Great musicians were also spotlighted throughout the show.  Such talent! 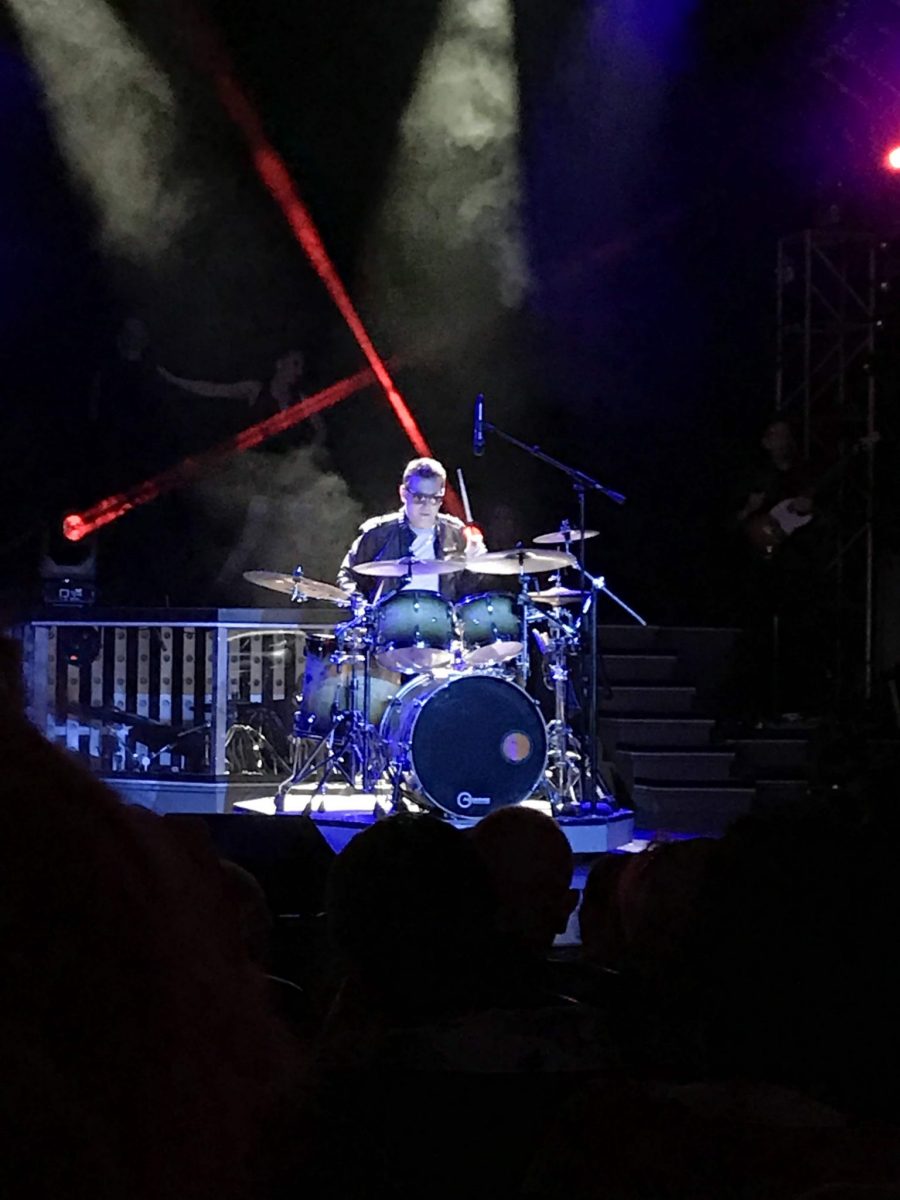 We absolutely loved this show!  Even the lighting and sound are great! 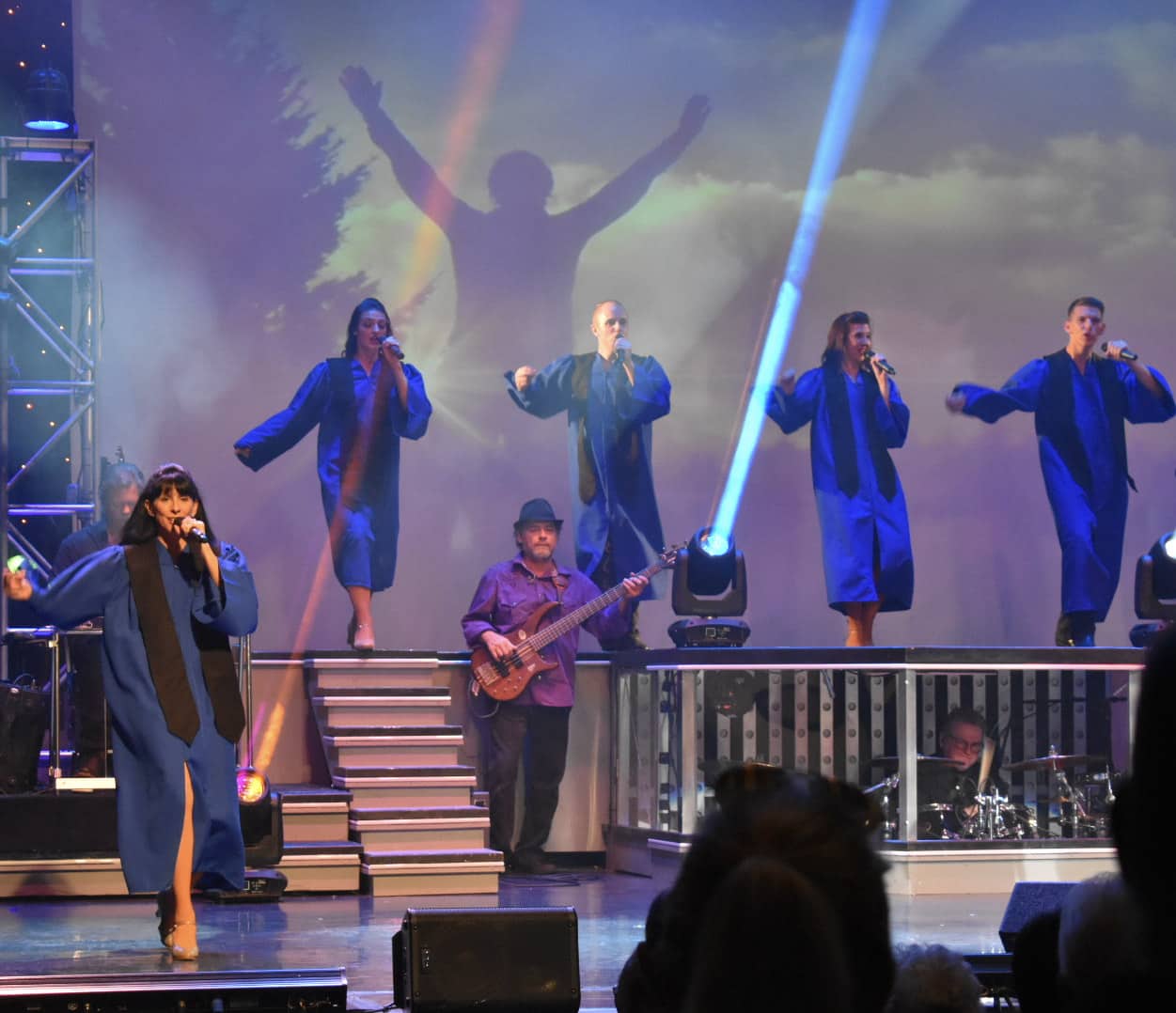 When the show is over, you can queue up to take a picture with Clay Cooper.  He stays until he’s met the last person in line. 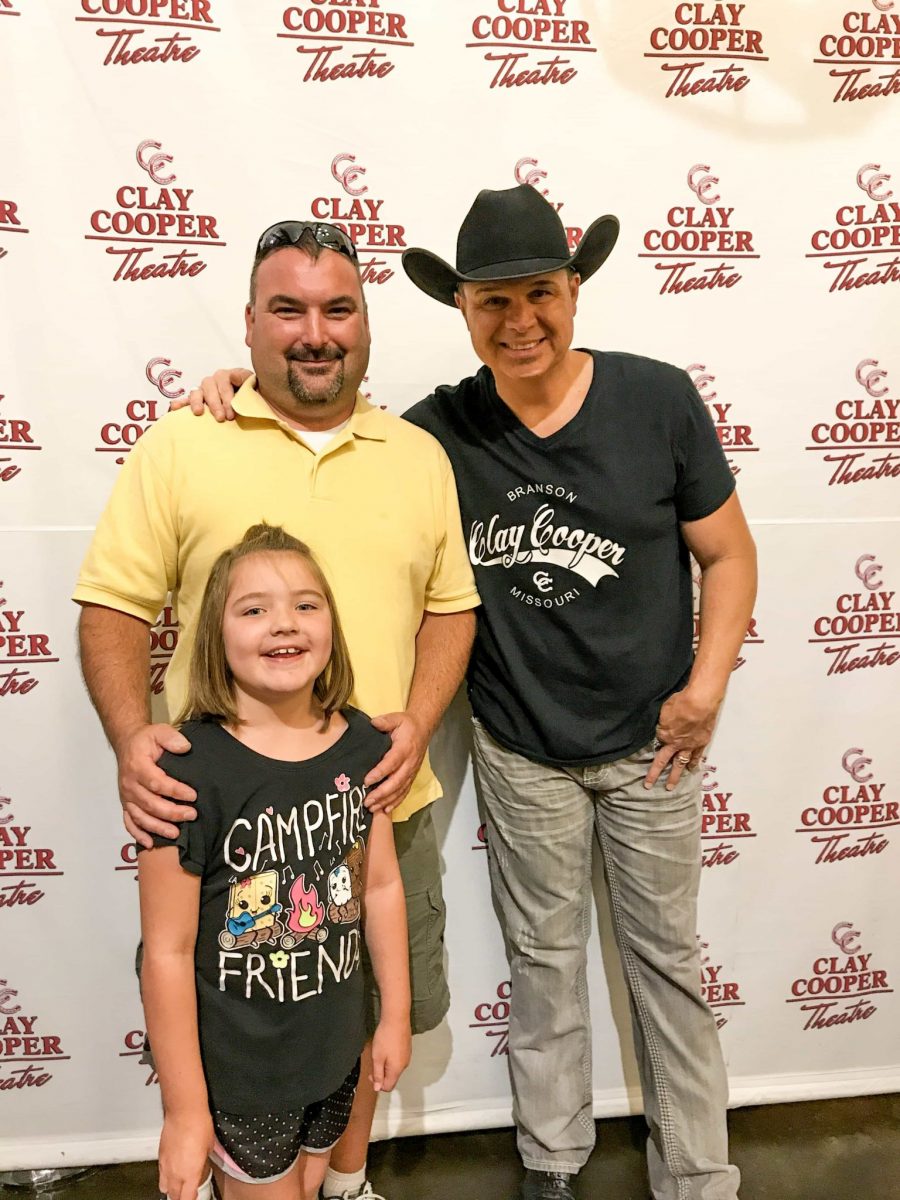 As you see Clay Cooper interact with his family and cast, you get a sense that he is a genuine guy who loves performing. The segments of the show are put together well, and there is a good mix of country and classic Rock and Roll.  Honestly, I don’t listen to a lot of current country music, but I recognized nearly every song they performed.  It truly is a well-rounded show, and even if you don’t think you like country music, you should give it a shot. You won’t be disappointed!

We had a wonderful time at the show from the moment we stepped inside the theatre until we said goodnight to Clay Cooper himself.  If you are wondering which music show to choose during your stay in Branson, I would absolutely recommend that you pick this one.  This show is great family entertainment.  Make Clay Cooper’s Country Express part of your visit to Branson, Missouri!